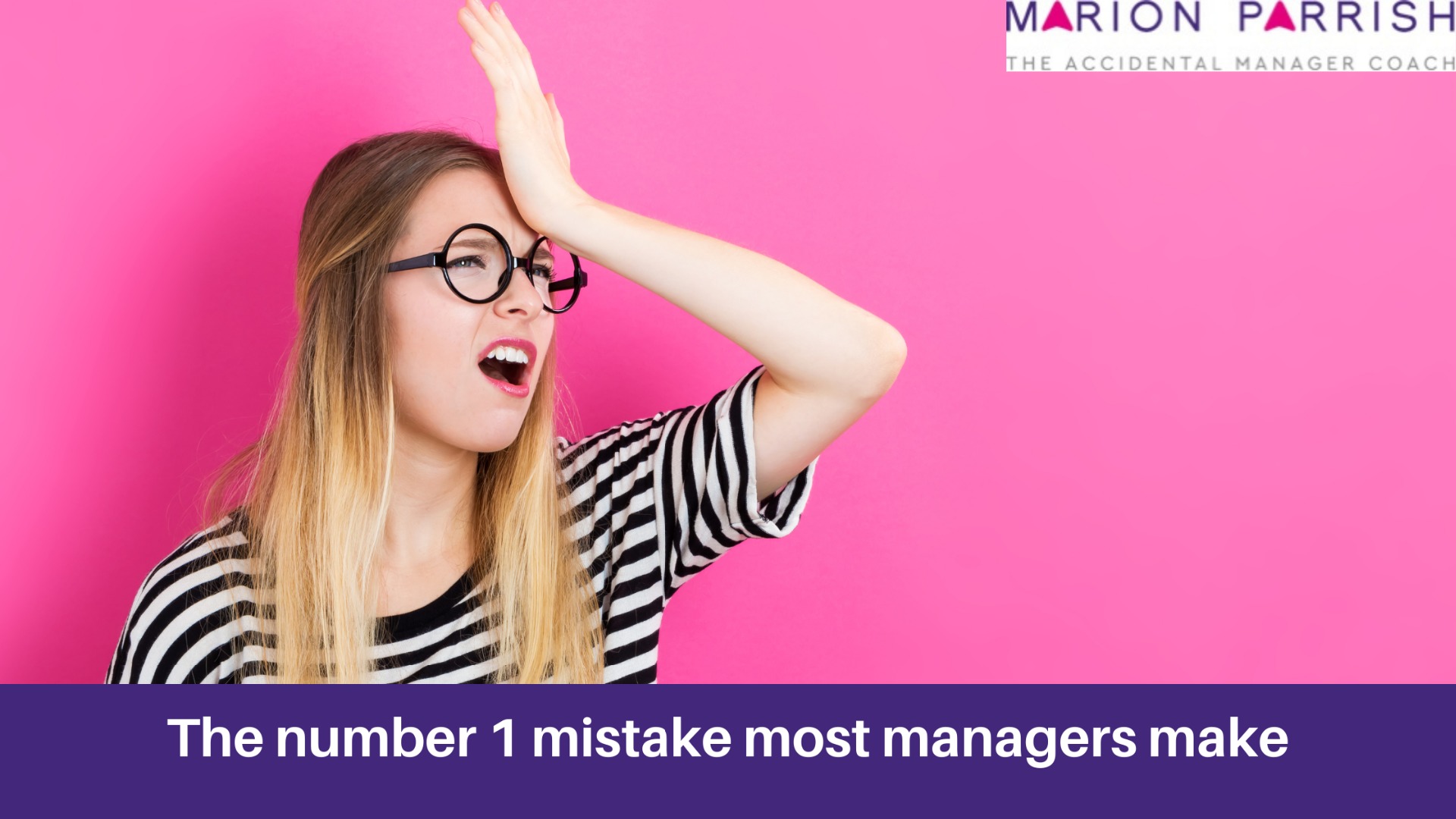 The number 1 mistake most managers make

Posted on 10th March 2022 at 14:50
“Why are my team so uncooperative? Why is it so difficult to get them to agree to work away from home? I’d love the chance for a night away from the family. TV to myself, room service, double bed, no disturbances. Bliss”.
So began a conversation with Nicola, a junior sales manager. And it went on...
“And I don’t understand why Adam won’t go on the training course I suggested. I went on every course I could when I was doing his role. Why won't they do what I want them to do?”
Nicola was at the end of her tether. Six months of stress, worry and sleepless nights had followed her promotion to manager. She couldn’t get on top of her workload, and her team weren’t playing ball. She had run out of ideas.
We talked about motivation. Particularly about what motivated her.
Nicola loves being recognised by others for being good at what she does, and the sense of achievement when she hits a target that she's had to dig deep for. She’s also a Mum to two very young children she clearly adores. She’s adapted her working hours so she can pick them up from the childminder every evening, give them their tea and put them to bed. It’s not always easy after a long day at work – as every parent knows, there is a “witching hour” just before bedtime when fractious, tired children and stressed, tired working parents just don’t mix well. But it’s important to her and she makes it work for her employer and her family.
So Nicola’s always been driven to develop her skills, and the idea of, effectively, a “night off” from family responsibilities is really appealing to her.
But her team aren’t in the same position. Some of them go to clubs or play sports in the week. Some have to be at home in the evenings to look after their children so their partners can work or go out. Some have spent years travelling and just want a quiet life. One has elderly parents to care for.
Some work away when they can, but it’s not always convenient for them. Most aren’t interested in promotion and just like doing their day job and going home with money in their pocket.
Your team aren’t you. They don’t think like you, they don’t behave like you, and they don’t want the things you want. The only thing you really have in common is that you work for the same employer.
Assuming otherwise is the biggest mistake managers make.
When you assume your team members are like you, you offer them the incentives you would value. You assume they will deal with their workload the way you would do it. You assume their ethics and professionalism are exactly the same as yours.
But they aren’t you.
And as their manager, you need to work out who they are, and what drives them, and work with that. That knowledge needs to inform the way you work with your team, how you communicate with them, how you monitor their performance, and how you incentivise them.
Once Nicola started to see the world through her team’s eyes, she realised there were other ways of achieving the organisation's need to have them working away from home. She understood that some team members were willing but they needed more notice than she had been giving so they could make arrangements for childcare.
And two team members could work away every Monday and Tuesday if needed, but had to be back for Wednesday evening. They had never been asked before so they’d always said no.
There’s always more than one way to get things done.
If you're interested in finding out how I support accidental managers to help their teams through issues like this, why not have a look at the coaching and HR support I offer?
Share this post: