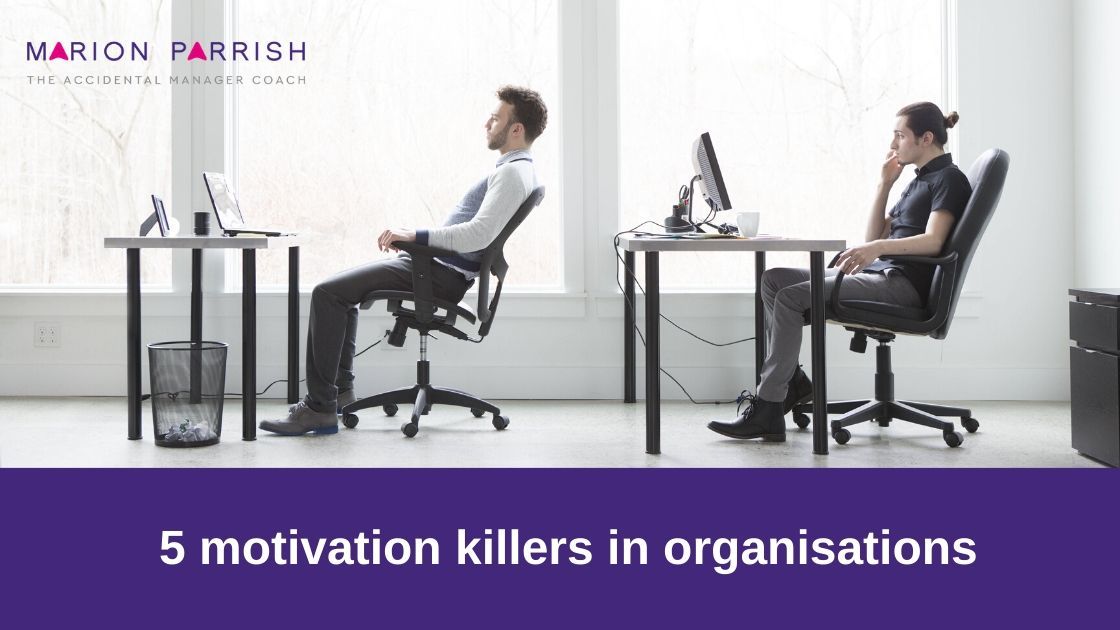 Posted on 23rd April 2015 at 11:50
1. Having too many rules about how employees should behave.
Particularly the rules that no-one can remember the reason for introducing, the rules that no-one enforces, and the rules that contradict other rules. It’s important to set out expected standards of behaviour, but these need to be reasonable, justifiable and not only accepted, but also rigorously enforced by every manager in the organisation.
2. Problems that never get resolved.
They have been kicking around for weeks, months or even years. Whenever someone tries to tackle the root cause, they can’t get enough support to make a difference. Or they are accused of being negative for reminding managers about all the issues their team are struggling with because of the unsolved problems. How much disruption and friction do these ongoing challenges cause your business?
3. Waiting for someone to make a decision.
Why is it so easy to delegate work down to lower levels, but so difficult to empower those workers to make the decisions needed to actually do the delegated tasks? Delegate the task, agree some reasonable parameters that cover most foreseeable problems, and let those now doing the task decide how best to do it.
4. Promises that aren’t kept.
How often have you heard someone promise there could be a promotion in the future if.... or a pay review will be considered after... or that a new company car could be on offer when... People who do this really believe they are motivating others by offering some highly desirable carrot. The trouble is, when the reward doesn’t materialise the negative effect on trust and morale far outweighs any short-term advantage you might have achieved. Make yourself a promise that you will keep – if you have no intention of doing something, or can’t be sure it will happen, then don’t lead someone else to believe it might be possible.
5. Failing to manage poor performance.
Yes, it’s going to be difficult and the individual(s) concerned aren’t going to be very happy about it. But what effect do you think failure to address under-performance has on those who do work hard and do deliver, week after week, month after month? Individuals who don’t pull their weight bring down the morale of the whole team. But not nearly as much as managers who are perceived to be ignoring poor performance.
How many of these motivation killers do you see in your organisation?
Tagged as: Better HR, Motivation
Share this post: